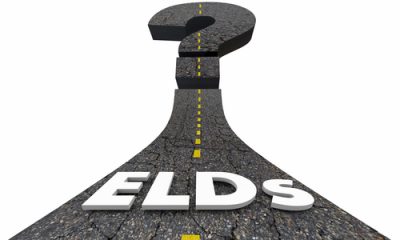 On December 18, 2017, new regulations from the Federal Motor Carrier Safety Administration (FMCSA) came into effect. They require the use of onboard computers, known as Electronic Logging Devices (ELDs), for almost all commercial semi-trucks. They file date, time, location, trucking company, engine hours, mileage, a specific vehicle, and driver ID. Law enforcement will use the data from the ELDs to penalize trucking companies whose drivers exceed the legal limit for hours on the road.

The regulations took aim at accidents caused by fatigued or ill drivers who exceeded the legally limited hours of service, such as the high-profile tragedy that killed a man and severely injured comedian Tracy Morgan. Like most government regulations, the ELD mandates fail to solve the intended problem while creating a host of catastrophic side effects.

The mandates received little coverage from national media outlets even though there were protests starting from December 1. Here’s why the ELD regulations deserve our attention.

A trucker’s job is to get goods from point A to point B. While nearly all truckers are being paid by the mile, the mandates regulate the hours they work. The laws bind truckers’ time, but their job depends on the distance.

This tension means that truckers are now restraint from every other component of a job well done except for the time. The ELD mandate makes shipments a race against the clock as truckers try to finish the job as quickly as possible before they get fined.

Proponents of the new measures point out that the devices simply help to enforce the current laws more accurately than pen-and-paper logs. While this is correct, it is exactly why ELDs are so harmful. They make a one-size-fits-all decision about how truckers should plan their own trips. These kinds of regulations hurt any industry, but especially disable truckers, who must often make judgment calls based on weather conditions, traffic, changed shipments, and so on.

Anyone who has ever worked a job for hourly pay knows that sometimes you have to stay after your shift to make sure the job gets done. It is the same for truckers, except now they will be penalized. By that, they dehumanize a human industry.

A few years ago, 71% of independent and owner – operated trucking companies said they would quit if ELD mandates went into effect. Smaller firms just cannot have significant decisions made for them. Experts in the industry say many experienced and over – 60 truck drivers will use the new mandates as an opportunity to switch industries or even retire.

While trucking fleets will decrease, those that remain on the roads will be prevented in shipping goods on time. This is a terrifying prospect when you consider that, besides your Amazon boxes, truckers transport extremely important goods like medication, and hospital supplies.

American truckers are often violently proud and independent, as many country music songs can indicate. Their jobs are essential but painful. Since nearly every manmade object you have ever touched has been transported on a truck, it is in your interest to make sure truckers are treated well.

Truckers have a stellar record both for jobs done well and for safety. The least we could do is give them some privacy. But the ELD mandates exchange the pen and paper for an expensive surveillance box that tracks drivers’ every move.

While the ELD mandates were drafted in the Obama years, the current administration has shown no signs that it intends to cancel them. America’s 3.5 million truckers and their communities formed a crucial part of President Trump’s electoral base in 2016, and he would be wise to hear their situation. Rep. Brian Babin’s (R-TX) November attempt to delay the mandate was the latest in a string of legislative failures to prevent the regulations from taking effect. So far, legal attempts have also gone nowhere.