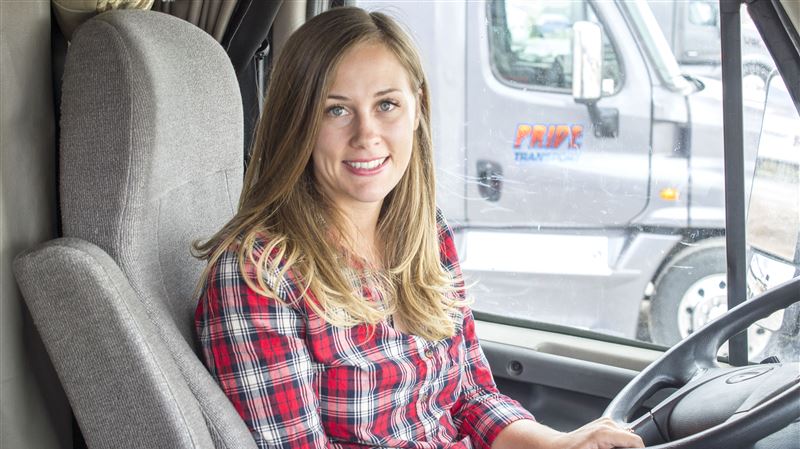 To some people, trucking has somewhat of a road romantic aura. Truck drivers are people who are far from home all the time, traveling faraway roads and seeing places most of us have never seen. Although, for truckers themselves it is not so romantic, it is still a fact that they have their own lifestyle different from anyone else’s.

If you are curious about what it is like to live over the road, being so-called New Age Outlaws, you can read the following blogs of real truckers. Even though some of them might not be active, you can always read archives and have a glimpse on a trucker’s life.

Gi-Gi has one of the best trucking blogs on the web. She has a long history of truck driving and works for The Big Pumpkin. She also posts great pictures!

It is the only daily blog ran by a female truck driver, telling about her travel adventures and posting photos. It is a place on the web to get your daily fix of trucking life stories.

A professional truck driver used to run this blog talking about all kinds of stuff that was happening to him over the road.

Read about a trucker and his dog and their trucking adventures. There are a lot of interesting stories you can find on this blog, as well as some awesome 70s music and videos.

It was a blog of a young woman who was trying to make her way in trucking. She quitted at some point. You can still read about her struggles on Gypsy Trucker and find out why she decided to come back to civilian life. She also used to work in a newspaper, so her writing is really good.

A blog by a professional female trucker. She is a great story teller and has just come back after a few years of not updating her blog.

Night Versus Daylight Trucking. What Should be Your Strategy?

Self Driving Algorithms: Are They Safe?