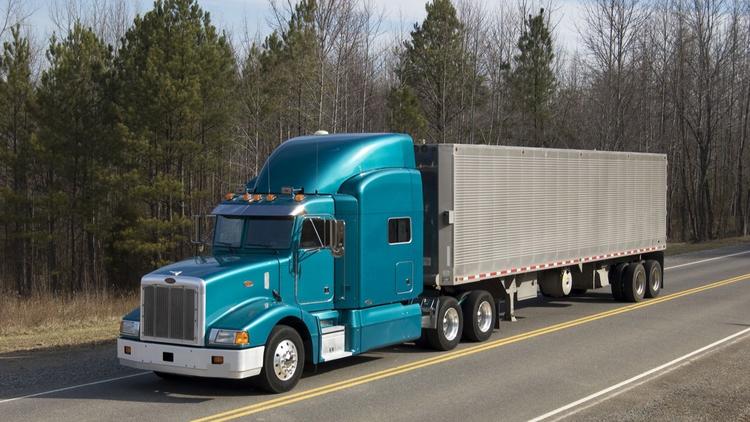 Three million miles a year, that is how many miles is driven by these unmarked 18-wheeler who carry the most lethal cargo out there. These 18 wheelers carry nuclear weapons to labs all across the nation. From missile silos, bomber bases, and submarine docks, they carry it all. These operations are controlled by the Office of Secure Transportation, which is an agency within the US Department of Transportation who is in trouble. This agency is so cloaked that only a few people outside of the government are aware of its existence.
This $237 million dollar agency, controls a fleet of 42 tractor trailers. They employ highly armed couriers. These couriers most likely do have a background in Special Operations or are ex-soldiers and veterans of US Wars. Newly hired agents train for 11 months in Ft Chaffee in Arkansas. During these months, they focus on how to counter a roadside attack by terrorists. Annually, these soldiers are required to pass a psychological and medical exam. Workers put in about 75 hours a week, which is why the work is often considered mundane. Long hours on the road in a constant alert stance is difficult and tiring.
The US has decided to embark on a $1 trillion dollar upgrade in nuclear arsenal, which brings in a requirement of thousands of additional nuclear shipments over the next 15 years. Due to this increase in workload, the already struggling company will encounter forced overtime, high driver turnover, old trucks, and poor worker morale. This raises big questions about being able to provide the best security for the nuclear shipments from attacks.
Each weapon is so complex, it contains up to 6,000 parts. Each part needs to be routinely inspected and has to go through maintenance. The workers who are in charge of and conduct these inspections and maintenance runs, so not travel to the equipment. The equipment is transported to them by the trucking agency. They pick up the weapons and drive them to the government sole plant outside in Amarillo panhandle in Texas. From there each part get sent to its own designated facility throughout the nation. Later, every part is returned back to Texas for reassembling.
The transportation agency is already having budget problems and has already been hit by budget cuts throughout the years. This has lead to staffing shortages and delays in equipment upgrades. Long driving hours caused workers to act out which leg to breakdowns in management.
Despite the many problems this agency has had, it has always maintained a high level of security. There are no reports of it ever losing a weapon, although they have been involved in accidents. There is no danger in accidents, even a fiery crash will not cause an explosion. The greatest danger comes from a heist.
These high security trailers are ready to present intruders with numerous obstacles, which include shock delivery systems, thick walls that oose out immobilizing foam, and axles that will explode if towed. In summary, these trucks will kill you.

This company needs reinvestment. It is less prepared for an attack than it used to be, according to Congress members.