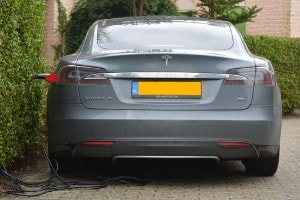 LOS ANGELES, CA – It’s been concluded that a design imperfection in Tesla’s Autopilot semi-autonomous driving system coupled with driver distraction caused a Model S electric car to crash into a fire vehicle along a California freeway. These findings were the result of a government investigation.

A deeper look at the findings from the National Transportation Safety Board show the driver was far too dependent on the autonomous system and that the system let him detach from driving.

The transportation agency made public an assessment Wednesday that detailed the probable cause of the January 2019 wreck on the extremely busy 405 Interstate close to Culver City in Los Angeles.

When looked at more in-depth the accident results produce further questions about the Autopilot feature. In this case, it was engaged but did not brake in the Culver City wreck. This same quirk occurred in 3 other incidents where drivers were killed since 2016.

In this particular crash nobody was injured. It should be noted that the Tesla 2014 Model S was going approximately 31 mph at the time it happened. This fact is emphasized in the report.

The crash happened once a larger vehicle, described as an SUV or truck, swerved out of its lane and the Tesla smashed into a parked truck with its hazard lights flashing. At the same time, firefighters were addressing an altogether different accident.

Ultimately, the driver of the Tesla didn’t respond to the parked fire truck because it wasn’t watching and was also relying on the car’s driver system. The driver system should not have let the actual driver disengage altogether from the system. Herein lies the major flaw of the vehicle.