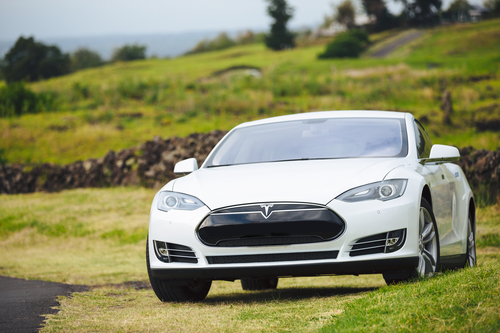 Volunteer firefighters in the Tyrol region of Austria recently encountered a Tesla Model S ablaze. Watch what needs to be done to successfully extinguish the fiery electric vehicle, even when clearly following Tesla’s guidelines.

Both gasoline and electric cars can catch fire when involved in heavy crashes, but both have different ways of dealing with flames. That is what makes EV fires so interesting, in such situations where there are no injuries, of course.

Particularly, this accident happened in Landeck, Austria when the driver—a 19-year-old woman traveling on the Arlberg Schnellstraße (S16), according to Tiroler Tageszeitung—crashed into a concrete barrier in a construction zone just before the Pianner/Quatratscher Tunnel. She made it out surprisingly all right, fortunately.

The video above shows the volunteer firefighting team, called Feuerwehr-Landeck, tackling the blaze. The organization writes in its press releases how the group of five vehicles and 35 people brought the electric vehicle’s fire under control, saying (translated from German):

“The firefighting – which could only be carried out under severe respiratory protection – was difficult because the vehicle was repeatedly on fire. It was only after cutting the power supply from the high-performance batteries that it was possible to finally fight the fire. Since lithium batteries are used, the manufacturer recommends that the vehicle is parked under “quarantine” for 48 hours, so that no new fire can break out.” 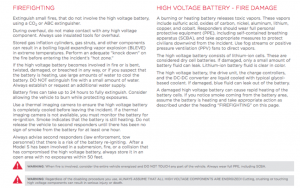 Here you can see Tesla’s guidelines that can help fire departments deal with the accidents that involve high-voltage cars. In the firefighting section of the Model S guide, Tesla mentions that—because burning lithium-ion batteries release “toxic vapors” including “sulfuric acid, oxides of carbon, nickel, lithium, copper, and cobalt”—responders need to wear self-contained breathing machines. The section also mentions that to extinguish a burning battery, responders must “use large amounts of water to cool the battery.”

That location on the Model S is the “First Responder Disconnect Point”—one of two in the vehicle (the first—which is called the cut loop—is in the trunk, which, in this case, was clearly inaccessible due to the crash). 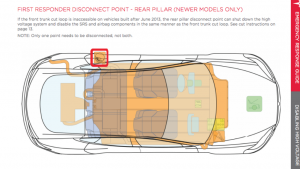 The point of the disconnect loop is to damage the high voltage system and to shut off the airbags. To do this via the rear disconnect point, Tesla suggests that firefighters open the rear door closest to the charge port, and use a 12-inch circular saw to cut six inches through the label, which acts as a visual indicator for where to cut into the pillar.

Tesla recommends in its guide to using a thermal imaging camera to “ensure that the high voltage battery is completely cooled,”, it does seem like this volunteer fire department extinguished this EV fire with the help of the book. 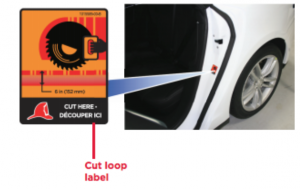 It is also worth mentioning that the driver sustained only slight injuries, and that—if you look at the car after the fire—it appears that the flame remained isolated in the front part of the battery pack, which indicates that Tesla’s method of preventing fire propagation between battery modules appears to be working. Despite the totally ruined car, it appears that many systems of the electric car were luckily working properly in this whole situation.