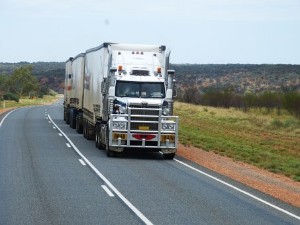 A fight is ready to emerge in Sacramento around the idea of what defines an employee as opposed to a contract worker. This potential conflict is the result of a court decision referred to as the Dynamex ruling. This decision, A.B. 5, created by Assemblywoman Lorena Gonzalez (D-San Diego) is the most recent endeavor to put the dispute to bed. In this case she’s hoping to settle the conflict with definitions put into statute.

Both ride-share drivers and truck drivers, as well as other groups, would be greatly impacted by enforcement of the bill. Consequently, these groups have been very vocal in the overall discussion around the legislation. Truck drivers are loudly emphasizing how this would take away their freedom to set their own schedules. On the other side, people are saying by not being considered employees they have undue pressures applied on them. Furthermore, they believe the bill could shield them from the exploitation by unethical businesses.

But now there’s a new wrinkle. According to a UC Berkeley Labor Center study, trucker drivers who own and are in charge of their trucks are significantly less likely to improve their vehicles to comply with clean air and climate emission standards.

Per the report, due to the capital obstacles faced by contractors, this group of the trucking world presents the lowest compliance rates with California’s clean air rules. The report goes on to say that the contractor portion comprise 44 percent of non-compliant.

Lots of Misclassification Going On

Also, it’s important to note, lots of truck drivers, based on this same report, fit the legal standard of employees but are mis-categorized as independent contractors. The report emphasizes that there’s a significant chunk of misclassification in local freight trucking, as well as local pickup and delivery, and within the long-distance trucking group of the California freight business.

With contract truck drivers, they get a low yearly income but must contend with compliance expenses that are beyond that annual income. Essentially, under the contractor mode of operation, truck drivers are the most ill-prepared financially to buy and keep up clean vehicles yet somehow bear the brunt of reaching the state’s climate goals in this area.

Bottom line, the current labor environment and their rules are negatively impacting air quality and climate emissions in the state. This fact is creating long-term health issues around the state and definitely in cities near highways.

What’s next for Tesla? Deliveries Dropping in 1st Quarter