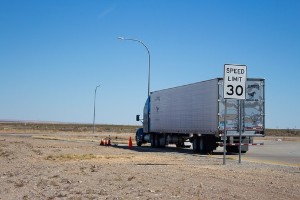 It’s finally arrived after all the discussion and back and forth. The suggested changes to federal hours-of-service (HOS) for the trucking industry has gone public, and the general consensus among most drivers is that the adjustments are unremarkable. However, a segment of independent operators applauded the flexibility it allows in extending the workday.

On Wednesday, August 14, the Federal Motor Carrier Safety Administration, unveiled five proposals meant to relax driving rules for truckers who deliver 70 percent of the country’s freight. The Administration agreed to allow public comment on the proposals for 45 days before implementing the rules.

A previous alert of the new rules issued in August of 2018 produced over 5,200 comments. Most commenters disliked the idea of a 30-minute rest break mandated during or just following 8 hours of driving. Though with this rule, the break could be utilized by a driver using on-duty, not driving status, rather than off-duty. According to one of the commenters, the 30-minute break is unnecessary and a ‘joke.’

One of the other proposed rules states that drivers can freeze their logging devices for up to three hours during the course of a workday. In essence, this increases the workday to 17 hours. Though, it should be noted, that the driver can still only spend 11 hours in a 14 hour stretch behind the wheel.

In terms of this rule, most people polled, felt it was exploitative and another way to over-work drivers. The FMCSA feels, however, that this 3-hour delay could ease traffic congestion.

Additional rule changes include adjusting the sleeper-berth exception so that drivers could split their mandated 10 hours off duty into two periods. One would be at least 7 consecutive hours in the sleeper berth and the other of no less than two full hours, either off duty or in the sleeper berth. Neither would impact the driver’s 14 hours allotted driving window.

Another modification is allowing an additional two hours to the maximum driving window when weather or adverse conditions are a factor. Finally, they’ve changed the short-haul exception rule available to a segment of drivers by extending the drivers’ total on-duty stretch from 12 to 14 hours.

So what do you all think about these new changes?