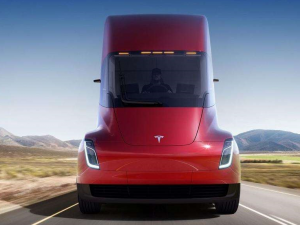 Early in November Elon Musk, Tesla CEO took the stage to present the latest product of the company the Tesla Semi, an all-electric heavy-duty truck.

Now Jerome Guillen the executive leading the program, gave his own presentation about the electric truck at a conference in Europe.

Guillen is a French engineer best known in the Tesla community for being the Model S Program Director during a crucial time for Tesla’s vehicle program (2010-2013). He was a longtime Daimler engineer and led the development of the Cascadia truck prior to joining Tesla.

Yesterday Guillen had the opportunity to give his own presentation focused only on the truck at the annual conference of Transport and Logistics in the Netherlands.

Below is presented the full audio of Guillen’s presentation which we embedded in full below. In addition, there are some interesting bullet points from his talk:

Q&A About Trucker Shortage Problem Simmering in the US