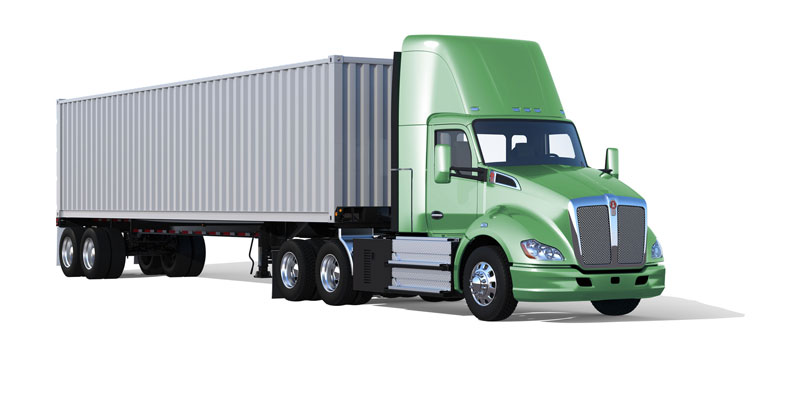 Truck builder Kenworth company announced on Tuesday that they are jumping into the hydrogen fuel cell race with a Class 8 drayage truck, which is expected to launch by the end of this year. Such trucks are used to move around shipping containers to the distribution centers and at ports.

During the Advanced Clean Transportation Expo, which happened this week in Long Beach, the company announced that Kenworth’s fuel cell project was part of a package of low-and  zero-emission drayage truck programs.

Kenworth said that it will build the fuel cell truck and five class 8 natural gas-electric hybrid drayage trucks for them in test programs hauling freight to Los Angeles-areas warehouses from the Ports of Los Angeles and Long Beach. These ports are busiest shipping facilities of the nation and are heavily impacted by poor air quality.

Patrick Dean, Kenworth’s senior engineer.said, “Within the next decade, hybrid-electric powertrains are expected to be required to satisfy emissions regulations in several major U.S. metropolitan areas”.

Toyota has its own fuel system and if both companies decide there is a commercial market for such trucks, Toyota could turn to Hino truck-building unit for production and compete directly with Kenworth.

Salt Lake City-based start-up Nicola Motor said that UPS hydrogen vans will build and market a Class 8 long-haul tractor that will use a hydrogen fuel cell electric power train. Long-haul capability will be made possible by a nationwide network of Nikola-built hydrogen fueling stations, according to the company.  According to Nicola, the first prototype truck will be ready in 2019.

Kenworth said its  fuel cell project and a companion natural gas-electric hybrid drayage truck project will be funded by $4.2 million in Department of Energy funding from a previously announced $9 million package of government grants for low- and zero-emission truck development.

According to a company it is using the remaining $4.8 million, from California air regulators,  for helping finance a companion project to build four additional low-emission natural gas-electric hybrid drayage trucks.

Each truck will be able to to travel up to 30 miles on electricity stored in its lithium-ion batteries before relying on the advanced powertrains – the fuel cell system or the natural gas engine – to complete a full day of regional hauling work, Kenworth said.  As he said the initial natural gas hybrid drayage truck will be deployed in 2018.