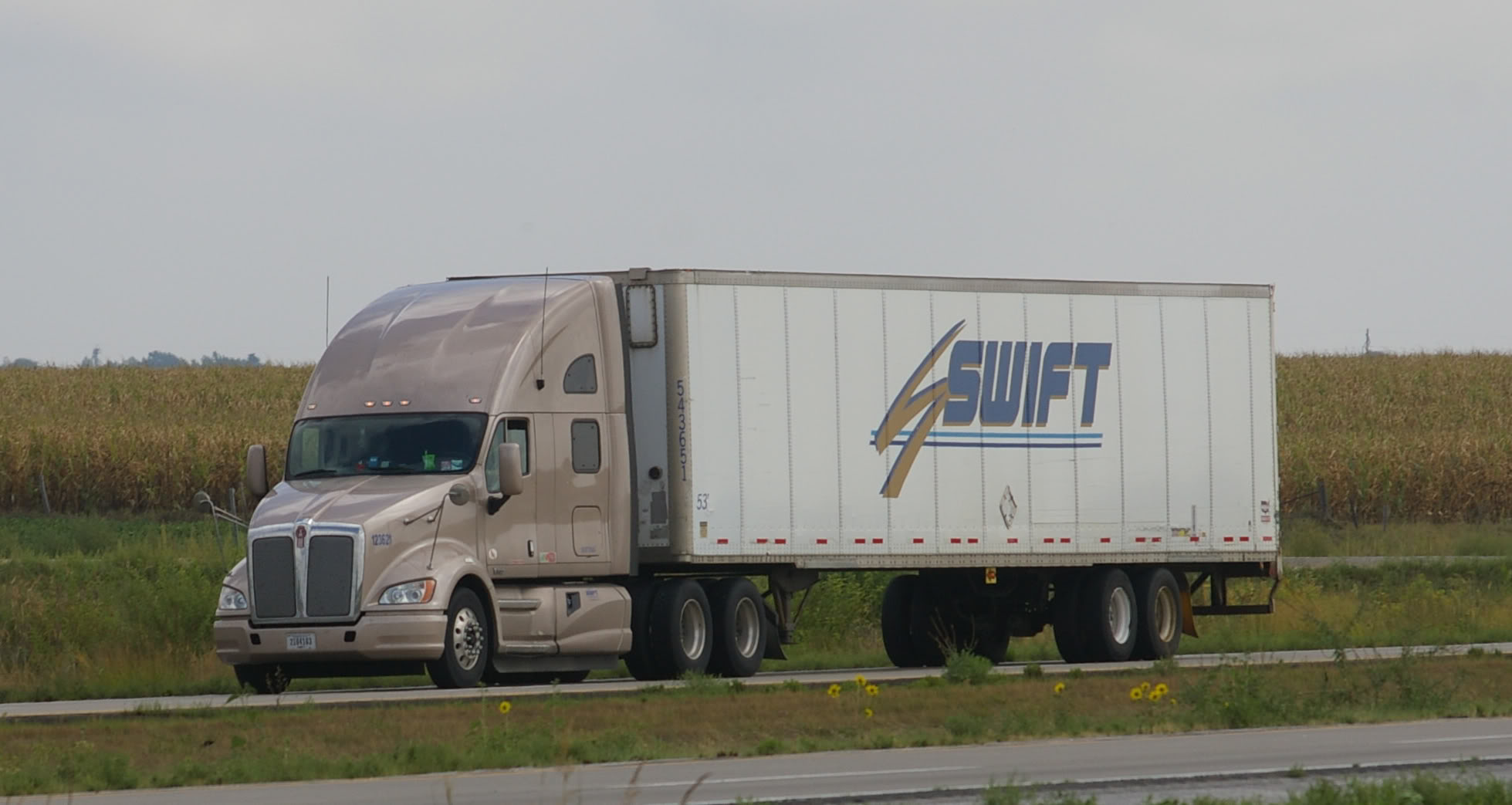 Knight Transportation and Swift Transportation Company, two American trucking companies, are planning to combine in an all-stock deal as they seek scale amid pricing pressure in the trucking sector.

Knight and Swift will operate under a single holding company if the deal goes through, but they will maintain different brands and operations.

The joint firm, which will be known as Knight-Swift Transportation Holdings, would have reported about $5 billion in annual profits last year, the companies stated. The new holding company would be based in Phoenix and operate about 23,000 trucks and have 28,000 employees.

“This is a terrific opportunity for our stockholders, who stand to benefit from the significant upside potential of this transaction,” Richard Dozer, the Swift chairman, said in a news release. “Indeed, by coming together under common ownership, the companies will be able to capitalize on economies of scale to achieve substantial synergies.”

Swift Transportation was founded in 1966, based in Phoenix, has a fleet of about 18,000 trucks driven by company and third-party drivers, and it operates more than 40 trucking terminals in the United States and Mexico.

Knight Transportation, which is also based in Phoenix, has about 5,000 employees and operates a fleet of more than 4,000 trucks.

“Under this ownership structure, we will be able to operate our distinct brands independently with experienced leadership in place,” Mr. Jackson said. “We look forward to learning from each other’s best practices as we seek to be the most efficient company in the industry.”

Swift shareholders would own about 54 percent of the combined company, while Knight investors would own the remaining 46 percent.

The transaction is subject to shareholder and regulatory approval and is expected to close in the third quarter.