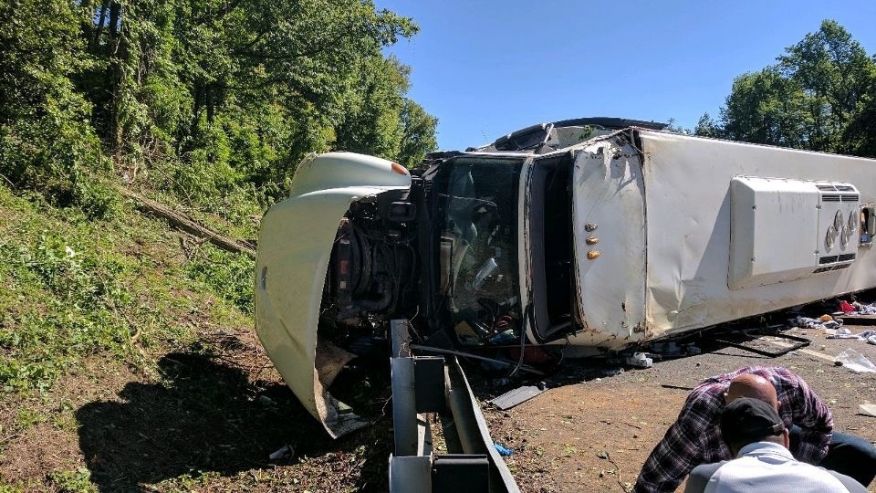 After a charter bus filled with children overturned in Havre de Grace, Md.,  at least 25 people were hurt,  emergency workers said. Havre de Grace is about 40 miles northeast of Baltimore, along the Susquehanna River.

The crash took place around 9:30 a.m. It closed all lanes of I-95 in both directions, the Maryland Transportation Authority said. The bus was carrying children and three chaperones, plus driver, according to Maryland State Police. An adult and one child were flown away from the scene. Others were transported to area hospitals by ambulance, and no fatalities had been reported as of 11:30 a.m., according to state police.

The bus was operated by charter company Werner Coach, according to a company spokesman. The Pennsylvania-based bus company operates charters throughout the region. A Werner spokesperson said the company was “still compiling” information from the scene, but could not provide additional information about the bus origin, destination or passengers. The cause of the crash wasn’t immediately clear.