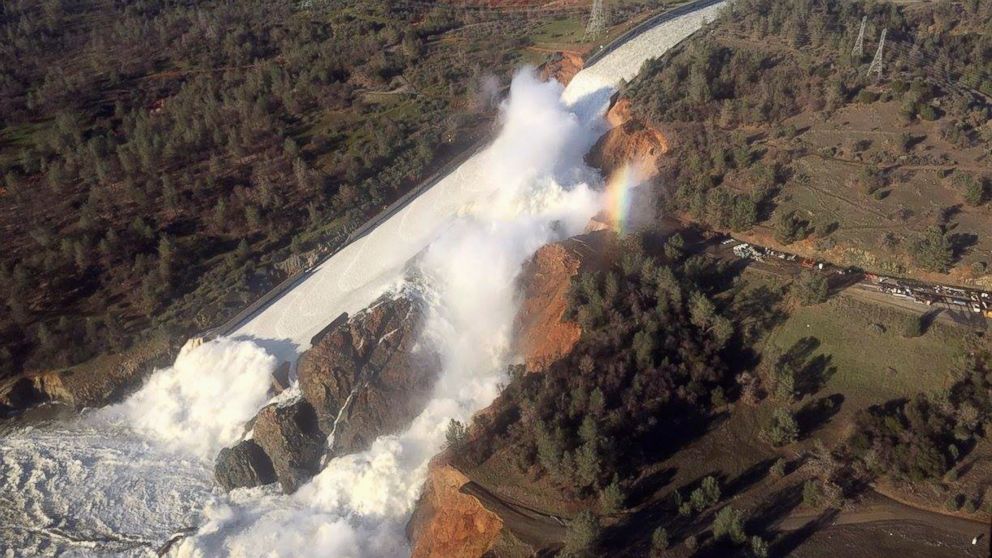 Horror is still stirring in Northern California even as the water levels at the Oroville Dam have begun to fall. Officials ordered nearly 200,000 residents to evacuate because the country’s tallest dam posted a threat in releasing wild floodwaters downstream.

The spillage coming from the dam has seized in result to, lowering the water levels.

Thousands of residents hurried to flee the area overnight causing the highways to become flooded with cars. In the morning residents were still rushing to leave. Highway 99 was a victim to bumper to bumper traffic as people were rushing north.

Lake Oroville is located 75 miles north of Sacramento and about 25 miles southeast of Chico. It is one of the largest manmade lakes in the California. The lake enlarged after heavy rains hit the region.

Water began overflowing the 770 ft tall dam; the emergency spillway was also being topped. This became a risk for erosion which could become cause for the gushing release of water.

California’s Department of Water Resources has stated that they plan to use helicopters to fill the gash in the spillway by planting rocks there.

The Governor of California released an emergency order due to the situation.

Eight helicopters have been provided by the states National Guard, in order to assist with reconstruction. The National Guard is ready for deploy if the need is presented.

Teen Boy Gunned Down Near Market