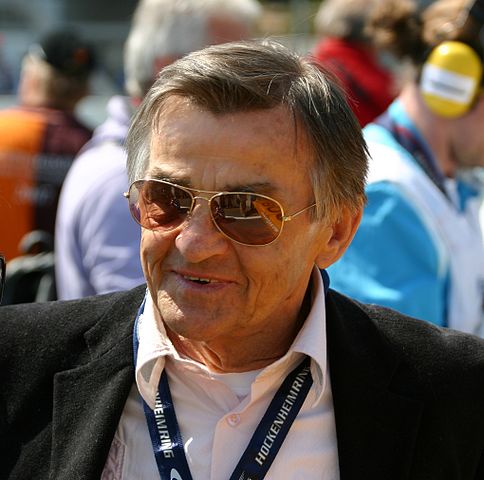 Porsche Fans and members of the motor-sport world honor the legacy of Hans Mezger. Mezger died June 10, 2020 at the age of 90. He devoted a great deal to engine designs throughout his career. The German engineer joined Porsche’s diesel development department in 1956. In 1990, he was still spearheading new engines.

He remained loyal to Porsche through to the end of his life. He refused job offers from other manufacturers. At the time of his death, he still owned a 911 Carrera 3.0 in Grand Prix white. Both the media and the public recognized him as open to dialogue with fans. He was happy to share his knowledge and enthusiasm. At the age of 90, he remained active in the community.

In 1946, Mezger witnessed his first car race in Ludwigsburg, Germany. He had been a fan of engineering and mechanics from an early age. But this helped to cement his interest in car engines specifically.

He is closely tied to many of Porsche’s unique mechanical systems. In 1960, he took part in Porsche’s first Formula 1 project. In 1963, he developed the “Mezger engine” for the 901 and 911 models. By ’65, he was the project manager of the Ollon-Villars Spyder. He created the Spyder design in just 24 days. It went on to become the blueprint for every race car created in the following years.

Mezger oversaw many Porsche favorites. Among his greatest projects is the 1.5-litre, V6 engine. Mezger created this in response to a racing team’s need for a Formula 1 turbo engine. It had an 80-degree bank angle and helped Niki Lauda win two back-to-back championships. Alain Post won with that same engine the following year.

Mezger was dearly loved by his community. Porsche hosted his 90th birthday party at their museum in Stuttgart. It was well-attended. And that’s no wonder, given the depth of his work. He produced over ten different engine designs and countless other discoveries. Michael Steiner of Porsche’s Executive Board expressed the company’s grief.

“We thank Hans Mezger for his extraordinary engineering achievements, which he has done for motorsport in general and for Porsche in particular. His innovations for our series sports cars will remain unforgotten forever.”

Priorities For 2021: How To Prepare For Your Financial Future

What Is It Like To Be In Truck Driver Training Program?

A 10,600 Payroll Boost For The Trucking Industry!