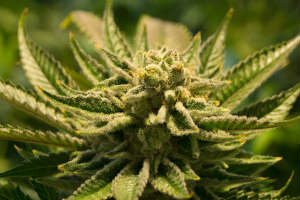 CORNING, CA – A whirlwind of an attempted theft and marijuana possession case occurred in January. Robbers set up an intricate plan to steal a large load of marijuana in Corning. In fact, they even rented a Penske box truck to help in the process. A twenty-year-old woman from Michigan, named Michelle Vargas, rented the truck. She did this on January 29, the day of the attempted Corning robbery.

She and a few others then planned to go to a home and steal about 900 lbs. of processed marijuana. The load probably would make them $3 million on the street. This information comes from the Tehama County Sherriff’s Office news release.

However, Vargas did not arrive at the home in the truck, according to the deputies. Instead, those involved in the robbery plan arrived in a car. One of the women pretended that the car broke down. She then knocked on the door of Austreberto Valencia, a twenty-three-year-old, asking for help.

This was set up as a distraction for the others to get inside the home. They then held Valencia at gunpoint, brought him back into the house, and threatened both him and his parents.

At some point during the altercation, Valencia managed to escape and retrieve his own gun. He went back to the carport, where two of the attempted robbers were with his father. There, according to the sheriff’s office, he shot both of the men in the head. The other robbers fled from the scene.

The men Valencia shot? Daniel “AK” Hernandez, twenty-three-years-old, and Adrian Gutierrez, nineteen-years-old. They both were from Madera. Emergency personnel pronounced them dead at the scene. According to authorities, Valencia’s father, Enrique Santamaria Zepeda, removed over 60 pounds of processed marijuana from the home and hid it on the neighbor’s property before the police arrived. However, the police did find and confiscate 20 pounds of the marijuana in the home.

Many suspects were involved in this planned robbery. The police arrested two of the suspects after tracking their car to Elsinore, Utah on February 1st. A couple weeks later they were able to track and arrest another suspect. Those three are held on $150,000 bail.

They’ve been charged with kidnapping, criminal conspiracy, and attempted robbery. Police believe that two more suspects were involved with the planning and are now seeking warrants for their arrest.