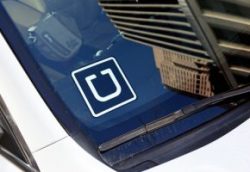 This week, Uber is battling a lot of criticism. A con incident had occurred Wednesday afternoon with an Uber driver as he was driving in Los Angeles.
It was a regular day on the job for this Uber driver, when he received an unusual call he had never gotten before.

The 31-year-old driver was headed to pick up a passenger in Beverly Hills when he received a call from a number with a San Francisco area code. When he pulled over to pick up the call, the person on the other end said that he worked for Uber and told the man to stop and “cancel the trip.”

He said he did not even notice this was a scam. The person on the phone sounded professional to him, so he went with it and did everything that man told him to.
The man said things like, “We really appreciate how good of a job you’re doing for Uber.” So this led the driver to really believe he was on the phone with an Uber agent.
The man went on to explain to the driver that his trip was canceled because the passenger is disabled and needed a bigger car for their service animal.
Even though the driver had never received a call like this, he was somewhat confused since he has only been working for the company for two months.
Little did he know, the man that took all his account information was about to commit fraud and steal everything he had earned working on the job. By the end of the week, his account was empty.

Looking back, the driver realized some red flags he should have paid attention to at the time of the call.
Although Uber has been dealing with scammers and lots of fraudulent activities, now the main targets are the drivers.
All drivers who also got scammed told the company their stories which were very similar to each other.

Uber has stated that they have increased protection to keep drivers’ accounts safe.

However, people argue that “The volume has increased on this, [and] Uber hasn’t done anything to warn drivers.”
As many scammers as Uber has caught and stopped with the help of authorities, there seems to be a large number of them still scamming people.

WHAT ARE THE MAIN SAFETY TIPS TRUCKERS SHOULD FOLLOW?