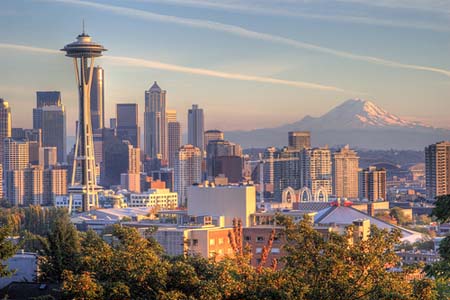 Seattle is the largest northwestern city in the state of Washington with a population of 730,000 residents in 2018. But stay tuned, it’s growing. Seattle also happens to be a major seaport.

The city is located between Lake Washington and Puget Sound and is often affectionately called the ‘Emerald City.’ Notorious for lots of rain, Seattle is typically cloudy. Though in the summertime, it gets its share of dry weather. As far as the winter’s concerned, it’ll get the occasional snowstorm.

On the cultural side of things, Seattle is famous for its coffee and music. Starbucks was born here which speaks to its rich history with the beloved hot beverage. On the music side, many modern musical icons have, and still do, call Seattle home. They include Kurt Cobain, Eddie Vedder, and Chris Cornell.

Beyond music, Seattle is known for being the home to a slew of big companies. They include Amazon, Microsoft, Starbucks, and Boeing. It also can claim being the number one city in America as far as the green economy goes. No doubt the city offers a lot, however, that means it’s expensive. The cost of housing is no bargain.

Seattle isn’t just booming companies and music heroes, the cultural scene is also world class. There’s the Seattle Art Museum and if you like glass, don’t miss Chihuly Garden and Glass which showcases the works of the talented artist.

If none of the aforementioned peaks your fancy, then grab a cup of coffee at any of the city’s famous coffee shops.

Seattle is one of the great cities in America. So much to offer culturally, and the city is beautiful. So, if you’re thinking about moving to the ‘Emerald City’ then look up GAT’s Seattle auto transport services.

GAT is an experienced and trusted auto shipper. We’ll deliver your vehicle door-to-door to minimize hassle. We’ll also provide either open or enclosed auto transport for your precious vehicles. Enclosed is slightly more expensive because it provides even greater security. Nevertheless, both are excellent and efficient methods.

If you’re moving a company to Seattle, we can also aid in your corporate relocation. Simply put, we offer a number of transport services that will satisfy your shipping needs. And the best part of GAT’s Seattle car shipping, we’re affordable and respected within the industry. We look forward to helping you!

Contact us today and one of our expert agents will arrange your auto transport to Seattle! 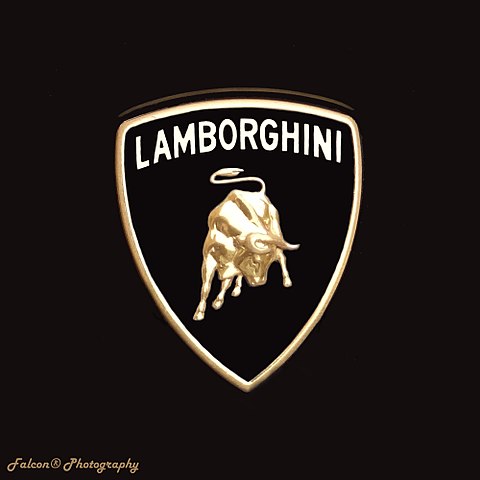 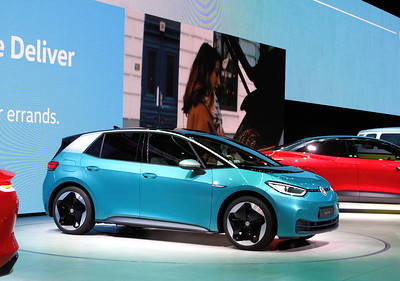 Subsidies For Electric Cars Result In Renaults For Free