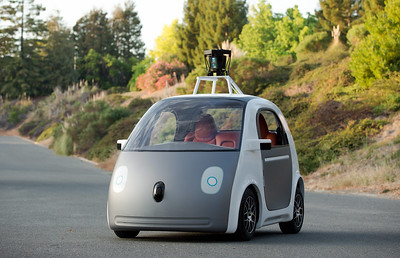 Self-driving cars have had a slow emergence since the initial inception over a decade ago. Big names in autonomous driving like Google and Tesla have made extensive moves towards optimizing the safety standards for their vehicles. This is a major factor why it has taken so long for the self-driving industry to “hit the road”.

There are an infinite amount of possible accidents that can happen when someone is driving a car. It takes a person’s best judgment as well as milliseconds to think and choose the best outcome for all drivers on the road. This is what major companies are looking at.

Let’s use an example:

Let’s say a cyclist jumps out in front of a self-driving car. Now, the computer on board will tell the car to slow down and turn right to avoid the cyclist. That is the best-calculated outcome for the situation. Now, let’s say as the car is turning right and a woman walking her child pops out. The car now has another variable in the equation. Some tests have seen cars in this situation make the “best possible” decision by heading straight into a wall and killing the AI driver. Obviously, the safety for every is a top priority, but now the driver is dead.

It has taken much longer than expected to release self-driving cars. Two years ago, if you were to ask a professional when self-driving cars would be on the road, they would tell you “any minute now”. Unfortunately, the tech industry’s idea of innovation crosses paths with safety. Autonomous vehicles are a completely different beast than developing an app. An app, upon release, can have bugs, glitches, and other issues. You release the product and then fix the issues in patches and updates. It is not something to move fast through just to simply launch. Safety has to be a top priority and all aspects need to be thought out.

Self Driving Cars are Getting Better

“One of the things I often hear from people is when an autonomous vehicle is better than the 50th percentile driver on the road, we have an absolute responsibility to let them onto the road,” says Elon Musk.

The tech industry is data-driven. So having cars that are effectively safer than human drivers is the key to a successful transition for the auto industry. With the constant development and updates for self-driving cars, every move is a step towards a safer vehicle for roads, drivers, passengers and other vehicle operators.