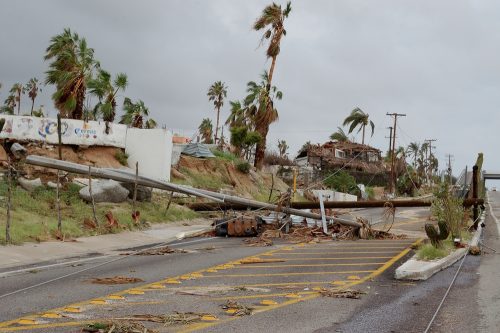 Severe storms ravaged parts of the Northeast and the Mid-Atlantic. It took at least two lives. It has passed, but the risk of flooding continues Wednesday.

Several thousands of customers were left without power on Tuesday as nickel to golf ball-sized hail and a possible tornado was reported from southern Massachusetts through Pennsylvania and into parts of Virginia.

The storms capable of producing damaging winds, large hail and isolated tornadoes appear to be over for now. But more rain is expected to fall in the comings days into already saturated soils and cause more flooding.

On Wednesday, much of the east coast from North Georgia up through Pennsylvania and New Jersey will see rain in the next three days, Guy said.

Winds along parts of Northeast reached up to 150 miles per hour knocking down power poles and many trees.

A large tree fell on a vehicle, killing an 11-year-old girl, in Newburgh, New York when she was inside the car, police said.

In Danbury, Connecticut, a man was also killed when a tree fell on his vehicle, Mayor Mark Boughton told local news.

More than 60 water rescues were reported in Frederick County, Maryland after over 6 inches of rain fell on Tuesday, county officials said.

A total of 85 people were rescued from a stranded commuter double-deck train early Wednesday morning.

The tracks of the Maryland Rail Commuter (MARC) train appeared to have gone down after a drainage culvert collapsed, county emergency management spokeswoman Vivian Laxton said.

The passengers were all on the upper car and no one was in distress, Laxton said.

There were multiple reports of high water throughout Maryland, especially in Frederick and Montgomery counties, the Maryland State Highway Administration said.