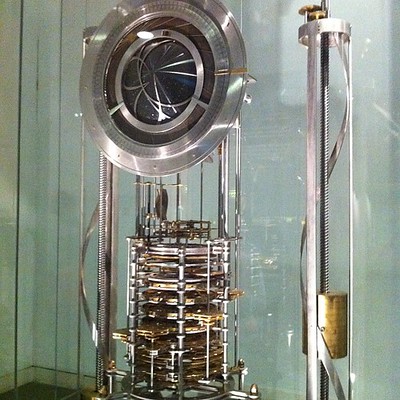 Why Is The Super Clock Important

Well, its designed to tell time for the next 10,000 years. Longer than you or I will be around for. The question remains: Why?

The clock is a symbol for “long-term thinking”. Whether it be for environmental enthusiasts as a testament to the planet, or for those on the tech spectrum a testament for longevity. Solar powered and temperature controlled, the clock is a staple in what engineering can do for the future.

What Does It Do?

For starters and to put things bluntly…it tells time. One might think this is just a really expensive clock…and it is. Not to mention that the clock only ticks once per year. A new millennium will strike and ring out through channels carved throughout the mountain.

This might not seem like the best concept for something that tells time. This clock is meant to tell time on a longer scale. With something developed to last 10,000 years, a year of our time is nothing in comparison to the longevity of the clock.

When Will The Clock Be Completed?

Now, you might be wondering when a a tool that tells time will eventually meet the time of its completion, unfortunately it won’t be for a while.

The clock doesn’t have an expected completion date. This might seem ironic, but when you have Alexandrian ambitions such as Bezos, anything is possible. The process is going to take a long time. From carving out the caverns of the mountain to the development of the 500-foot clock itself, the future is farther away than expected.

The HUMMER EV: Sitting Between Bronco And Cybertruck