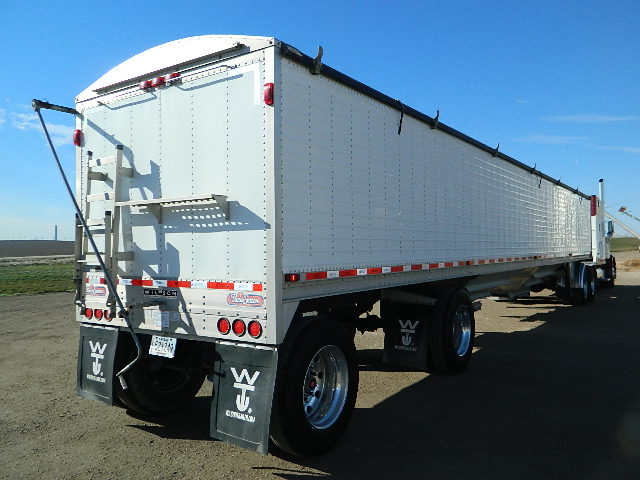 Whether you’re new to truck driving or have been doing it for a while, you might have noticed that some trucks haul trailers with spread axles that are less common than tandem axles most trailers have. So what is the difference and what axles are better?

The only actual difference is obviously the distance between the axles. Rear axles of tandem axle trailers are spaced close to each other – usually 5 feet. Spread axle trailers, on the contrary, are spaced a lot farther apart, at 10 feet.

Even though the difference is simple, it has significant effects. Spread axle trailers have their own pros and cons.

Among the advantages of wider spaced axles is the stability while loading and unloading the trailer. The weight between the axles is also distributed better comparing to tandem axles.

Spread axle trailers are also easier to balance on scales. It affects how much weight the axles can carry. When axles are further than 8 feet apart, each of them is considered as separate units that can carry up to 20,000 pounds each, while axles that are less than 8 feet apart are treated as one unit and can carry up to 34,000 pounds. That does not affect the total truck limit which is 80,000 pounds but it gives you more leeway when loading the trailer and it is also easier to balance the load for the scales.

Spread axle trailers have advantages on the road as well. They track behind the tractor better and are more stable because of the longer wheelbase. For the same reason they handle the bumps better, so it is a good choice if you need to make sure the cargo is not bounced around.

With all the benefits, spread axle trailers have disadvantages as well. For instance, they are harder to turn because their wheels are further apart and the kingpin is in the same place. It can result in faster tire wear or even damage to axles or wheels. Spread axle trailers are not the best at tight turns or at crowded docks. Also, when you are at a truck stop, the nose of your truck or the rear of your trailer will be left hanging past the other trucks because of less rear overhang. Other truckers probably will not appreciate it.

This kind of trailers is also heavier. They often come with castered steering or dump valves for better maneuvering and increase the weight of your trailer. That, of course, decreases the total weight of the load you can carry.

Generally, spread axle trailers are better suited for long hauls. They handle various conditions better, track better and are easier to balance on scales. But if you run full boxes or drive in tighter spaces such as city roads a lot, tandem axle trailers may be a better idea for you. They are also a better fit for you if you don’t have much experience at hauling a trailer, as they are easier to maneuver and back up.