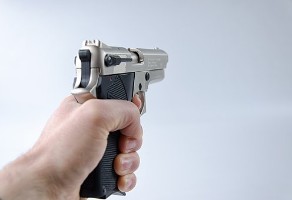 SOUTH LOS ANGELES, CA – An unidentified suspect gunned down an 18-year-old boy just outside a market located in South Los Angeles during the early morning hours of Monday.

The Los Angeles Police Department say that around 2 a.m. shots were fired on the exterior of the Happy Shoppers Market. This particular market is located at 6401 S. Vermont Avenue. The market was actually still open at this late hour, according to the police.

The police report indicates the victim, identified by his grandfather as Monte Bowman, was fired upon multiple times outside the store. Apparently, he then stumbled into the market to seek help but ultimately died there.

Bowman’s grandfather, Arthur Jackson, said to reporters that he believed his grandson was ambushed at the location. When probed for confirmation, police officials did not immediately confirm any aspects of the case.

“I don’t know, they say some guys came out of the alley, and was two of them, and they shot him, and he was shot in the heart,” said Arthur Jackson.

As of now, no information on potential suspects has been provided by the authorities. Furthermore, no arrests have been issued. Also, police have not spoken on whether they’ve determined a motive or if they felt the shooting was gang related. It should be noted, however, that the neighborhood is notorious for lots of gang violence.