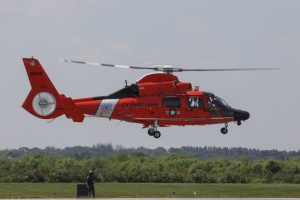 SANTA ANA, California — A crash of the Cessna 414 Chancellor took place in Santa Ana, around a mile from John Wayne Airport, in the parking lot of a shopping center. According to Federal Aviation Administration spokeswoman Arlene Salac, the pilot of the aircraft had declared an emergency before the crash.

A dashcam video shows the final disturbing moments of a small plane that plummeted to the ground Sunday, as family members have identified one of the five victims in the tragedy.

A driver captured the moment the plane spiraled to the ground on a dashboard camera. According to the witnesses, the plane’s engine cut out as it fell to the ground.

“My godson and I heard the noise, and then I looked up, and it was already lowering down. It, like, lost control, and it was twirling, and the more twirl, the lower it came down, and then we heard the bang,” Connie Hernandez told.

The crash left all5 people on board killed, officials said. One of the victims was identified by family members as 29-year-old Nasim Ghanadan, who is a realtor at Pacific Union and was on the flight for work.

According to a spokesperson for Pacific Union, all the passengers on the flight worked for the company.

Ghanadan’s profile on the company website said her clients “appreciate her honesty, tenacious work ethic, strong negotiation skills, and cheerful spirit. Her business philosophy is to treat her clients like family,” the website stated.

Photos from the scene showed several roads surrounding the shopping center and the South Coast Plaza mall across the street was closed.

The cause of the incident is being investigated by the FAA and the National Transportation Safety Board, Salac said.