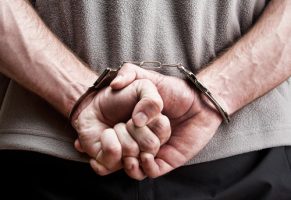 Over the weekend, there was a shooting that happened in a Trader Joe’s store which resulted in the death of a 27-year-old woman.

A family member of the suspect told police that the shooting was caused by frustration that had been building up for weeks.

The suspect, Gene Evin Atkins, had been arguing with his grandmother on and off for the past 2 to 3 weeks. His grandmother did not want his girlfriend living with her anymore, however, he refused to put her out, according to his cousin.

Here is what happened on the day of the shooting:

Though he has always been violent, his grandmother has always took care of him and raised him throughout his lifetime. The two would always get into horrible arguments.

However, this time was different. Atkins got very mad while the two were arguing and ended up shooting her grandmother 7 times.

He also injured his girlfriend and then fled the apartment with his grandmother’s car. He ended up at a Trader Joe’s store in Silverlake, CA.

In the store, he held everyone as a hostage for about three hours. When police arrived at the store, he shot one of the Trader Joe’s workers and took her in his car as a hostage as he started to run away from the police in the car.

Cops were chasing after him and could not keep up. After 3 hours, he finally gave up and surrendered himself to the LAPD.

Unfortunately, his hostage did not survive and passed away.

She was a 27-year-old woman who worked as the manager of the store. Family members of Melyda Corado were grieving her loss.

Atkins was arrest and his bail is set at $2 million. He will appear in court next week.

How to Prepare Your Vehicle For Auto Transport?