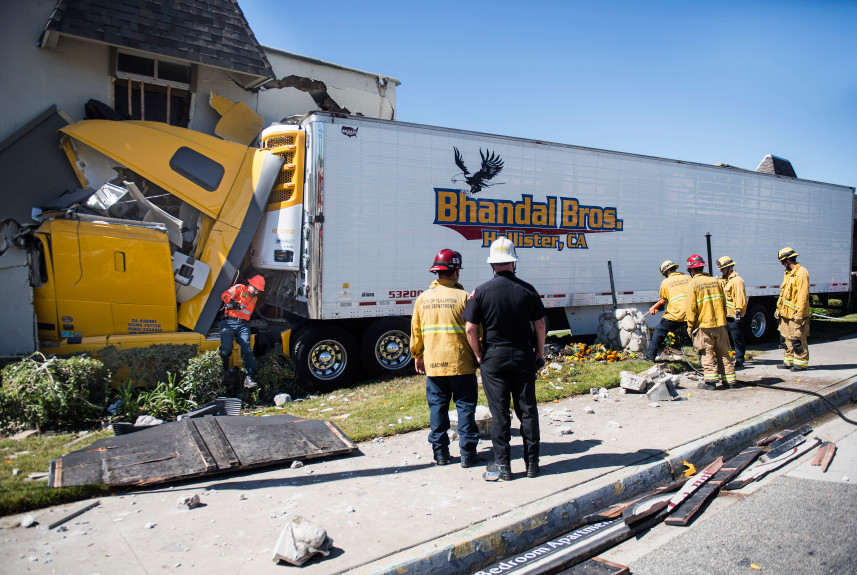 Sunday morning a truck slammed into an apartment in Fullerton, and multiple people were taken to the hospital.

The accident happened at 6 a.m. in the 650 block of Imperial Highway when the truck suddenly changed its direction. According to a police the driver of the tractor-trailer was traveling within the speed limit before the accident.

The family stated that the concrete wall fell on the mother, and two of her teen boys helped to get her free before firefighters arrived. The wall missed her 1-year-old daughter by a few feet.

Nine adults and seven children were displaced after five apartments were evacuated and deemed unsafe.

According to the Fullerton Police Imperial Highway was closed in both directions.

The cause of the crash was not immediately clear.