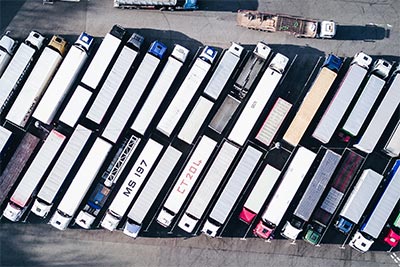 Uber Freight, a freight brokerage division of Uber Technologies, announced that it has expanded its operations into Canada. Opening a path to move domestic and cross-border truckloads. The Canadian market is Uber Freight’s first international expansion from North America. Just last week the freight brokerage expanded into Poland from Germany.

To facilitate its Canadian marketplace, Uber Freight has released an app in both English and in French.

Canada is the United States second largest trading partner. Last year alone, more than $617 billion in trade goods crossed the border between the two countries. Both economies are connected by a dense network of transportation such as highway bridges, Great Lakes, and railroads. In addition to this, nearly 90% of the Canadian population live within 100 miles of the U.S border.

Furthermore, there are some questions needed to be answered, specifically about the Canada carrier requirements and whether Uber Freight would be willing to use carriers that only have facility insurance, a type of insurance that has allowed low-quality Canadian carriers to continue operating commercially.

One spokesperson for Uber Freight stated that, “Uber Freight has discussed regional plans for policy stakeholders, associations, and governing bodies to scale responsibly in the new markets and provide clear information within the platform to allow carriers to remain compliant.”

Moreover, head of operations for Uber Freight, Bill Driegert further explains the brokerage motive for expanded into Canada. “What we’ve seen in the U.S., we expect to play out in Canada. By making freight more accessible, carriers can expand their operations and have more options. Though carriers must make the decision,” he states.

In addition, Uber Freight early customer base in Canada is like its shippers in the US. With focusing on food and beverage, consumer goods and retail. A larger supplier of fast food chains, Martin Brower, was one of Uber Freight’s first shipping partners in Canada.

However, no matter where Uber Freight expands one fundamental remains the same, motivated carriers join the platform for control over their routing, getting paid quickly, and having transparent price discovery.

In conclusion, a final comment from Driegert towards the freight transport community was this, “One surprise was how open and tech-forward carriers were. They all want easy freight access and keep their trucks moving and have that opportunity to visibility.”

This sums up how far the trucking industry has come. Do you believe the expansion of Uber Freight has a positive or negative impact on truckers? Let us know in the comments below!

A 10,600 Payroll Boost For The Trucking Industry!

What Is Freedom For Truck Drivers Today?