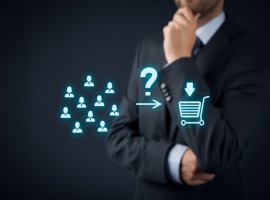 UNITED STATES — Big companies are racing around the $10.5 billion in toy sales left behind by Toys “R” Us. Best Buy as well.

Toy inventory is being enlarged by Best Buy in more than 1,300 US stores. The company hopes that when customers will walk in to buy a new technology device, during the holiday season, and will come out with toys for their children.

According to Jason Bonfig, who oversees Best Buy’s toy selection, selling toys is not a new thing for them, there have been always some connections between toys and technology.

More floor space in stores is displaying toys like Nerf, Hatchimals and The Incredibles. More than the 90% of the toys in the store are going to be new in Best Buy.

In order to make shopping easier for customers Best Buy modified its page on the website and made it easier to search by brand or price range. Also, the store is going to send out toy catalogs for the 2nd year in a row.

However, Best Buy is not the only company in toy sale expansion.

Walmart will grow its toy inventory by 30%. Meanwhile, Target is going to add close to a quarter-million sq. ft. of space which will include toys across 500 of its stores. Part City will open 50 “Toy City” pop-up stores.

The Second and Third Cars of Polestar will be all-electric. It will Challenge even Tesla 3