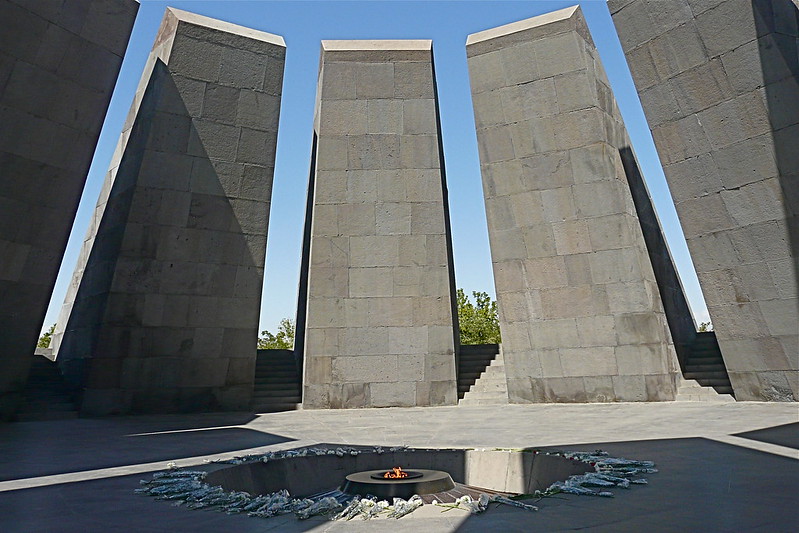 On the 105th anniversary of the Armenian Genocide, the country commemorated the fallen in new and unique ways. While the outbreak of coronavirus put the country into lockdown, citizens still managed memorial participation.

Thursday evening, residents in the capital city of Yerevan shut off their lights to burn candles in window, or wave phone lights. Simultaneously, the city shut off its lights and church bells rang out in Yerevan and across the country.

Furthermore, in lieu of visiting the memorial, Armenian Prime Minister Nikol Pashinyan offered an alternative. Armenians across the globe may submit their names to a telephone number to later have them displayed against the pillars of the memorial through the night.

The Armenian Genocide began on April 24, 1915 and proceeded through World War I until 1923. It included the mass murder of members of the ethnic minority by the Ottoman government. Ottoman officials also displaced Armenians, as well as sent them on death marches into the Syrian desert.

However, despite the historic fact of the Armenian Genocide, the Turkish government refuses to recognize it.

Officials Call on Turkey to Apologize for Armenian Genocide

Pashinyan visited the memorial on Friday, then delivered remarks that chastised Turkey for failing to recognize the historic atrocity. Turkey maintains only up to 500,000 died, alongside as many Turks, in civil unrest as the country faced Russian invasion.

However, the global community disagrees, with most world leaders recognizing the historic validity of the Armenian Genocide, including the United States. Still, Turkey’s government rejects the factual accounts and thus refuses to apologize for its role a century ago.

Pashinyan says Armenians continue to struggle with the ramifications of the genocide today. He called for reparations from Turkey, as well as the restoration of property rights for descendants of slaughtered Armenians.