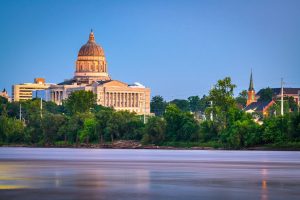 Jefferson City became the capital of Missouri because of its ideal location. At one time in history, Jefferson City was the transportation hub of the state. It is centrally located in the state with easy access to the Missouri River. Now, larger cities in Missouri help with those matters, but Jefferson City still has a rich history in Americana. The Missouri State Federal Penitentiary is one of the biggest landmarks in the city. Decommissioned in 2004, the prison still runs historical and haunted tours for guests of all ages. Of course, the capital building offers an insight directly into the government of Missouri. You can get tours of the building and learn exactly what the government does for your state and see the rich history of Missouri.

However, politics may be raging, but car culture is ever present in Jefferson City. With the annual Capital City Corvette Classic or Shellbyfest, both run right there in the capital itself. They are both great events to see new and classic cars devoted to their namesake model. Even if you’re not a Mustang or Corvette fan, you can still cruise the capital at Jefferson City Cruisin at the capitol Mall’s car meet. Despite being one of the slower growing cities in the state, there’s still plenty going on in Jefferson City.

If you’re moving to the capital to work in politics or come to show your car at an auto show, Global Auto Transportation can help. For more than 16 years, GAT has helped Jefferson City residents ship vehicles of all kinds. We ship more than just cars, and if you can drive it, we can ship it.

Give us a call at (888) 803-0501 to get the shipping process started today. Or go online for a free quote delivered instantly to your inbox.