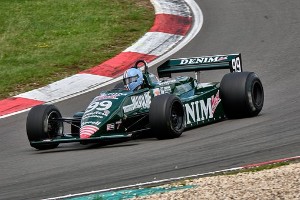 HINWILL, CH – Formula 1 and FIA, a governing body, recently concluded a colossal amount of research and development with the help of CFD (Computational Fluid Dynamics) in order to ensure their dream for 2021 moves closer to actual possibility. After that, it was time to prove the data by performing tests in a wind tunnel.

As a result, just last month, prior to the German Grand Prix, a model of the newest 2021 version of the car was run through the Sauber wind tunnel for a full battery of tests. The results will eventually be shared with all the teams, but Sauber’s independent consultancy group, performed the tests in a way that ensured their F1 team (Alfa Romeo Racing) didn’t gain an advantage.

As far as takeaways from the test, there’s a general thought that the sidepod areas as well as the rear wing will stay the same in the car’s final version. However, the front wings will most likely evolve as they continue to develop it.

Chief Technical Officer Pat Symonds says, “The wind tunnel testing we are doing is slightly different to what the teams might do. The teams concentrate solely on the forces on the car, through a variety of attitudes as they move the car around. While we naturally have an interest in what those forces are and particularly how those forces change as the car moves, we’re even more interested in what is happening to the turbulent air behind the car.

The perk to using the Sauber wind tunnel for testing, and it is available for hire, is the Swiss operation has a very advanced automatic rake system. This allows to really prove that the performance the designers are predicting is accurate. Ultimately, the goal is to improve the wake performance of the vehicle. After all, you have to predict the ways the car will behave when following another racing vehicle.