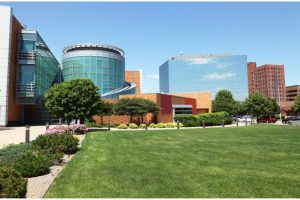 Originally known as Thompsonville, Sioux City earned its name in 1857 after it was renamed for one of the founding members of the town, Chief War Eagle of the Sioux Tribe. Since then, Sioux City has grown steadily since its founding. With a great history that dates back to the Louis and Clark expedition, Sioux City has a history of travel. Even today, Sioux City ranks among the top places to live to start a cross-country road trip. This helps benefit more than just road trippers. With it being so centrally located in America, Sioux City is also one of the best places to ship a car.

Car lovers rejoice in Sioux City. Not only is it easier to get your perfect car shipped to you from anywhere in America, it also hosts a number of great car events. The Party in the Park puts on an amazing car show every year with more than three hundred registered cars to admire. These include classic cars, hot rods, and some of the fastest custom cars this side of the Mississippi. Clubs like the Hood Dreamz Car Club are doing their part to inject car culture into the residents of Sioux Falls. Let’s not forget the annual Sioux Falls Classic Car Auction that brings people from all over America to bid on some nostalgia on wheels. Sioux City is a great home base for those who travel, and more importantly, those who travel in their cars.

If you’re traveling but don’t want to put the miles on your car, give Global Auto Transportation a call. We’ve been serving Sioux City for all their car shipping needs. We’ve been doing business for more than sixteen years. GAT has delivered cars to Sioux City for those who buy cars across town at the auto auction or across the Country from high-inventory dealerships. We specialize in shipping all types of cars, including project cars that don’t even run.

To make your next shipment easy, give GAT a call for a free instant quote today. We include industry-leading insurance in the quote so you can ship with confidence knowing your car is in good hands.

To get your car shipped to or from Sioux City, contact Global Auto Transport today. Call us at (888) 803-0501 to begin the shipping process and see how easy it is to ship with GAT.