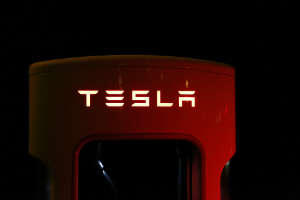 Late on Wednesday, Tesla reported on their sales and deliveries from the first quarter of the year. And, they have delivered 63,000 electric vehicles. However, this is about a one-third drop from the previous quarter.

But, the company believes that their profits from the first quarter may have been negatively affected by lower than expected volumes of delivery, as well as different adjustments in pricing.

So, what was included in these Tesla deliveries? Apparently, they delivered 50,900 Model 3 vehicles. In addition, they delivered 12,100 Model S and X SUVs. Therefore, despite some of these challenges in the quarter, they believe that it ended sufficiently.

But, is that really the case? What are the reasons behind the drop in numbers? Tesla believes the numbers dropped due to its attempts to increase delivers in both Europe and China. The plan was to deliver more Model 3 electric cars in these areas. However, delays and challenges arose as a result.

In the report released, Tesla stated the following about this: “Due to a massive increase in deliveries in Europe and China, which at times exceeded 5x that of prior peak delivery levels, and many challenges encountered for the first time, we had only delivered half of the entire quarter’s numbers by March 21, ten days before end of quarter.” They explained that due to this, a significant number of vehicles still were in transit when the quarter ended.

However, there was also a drop in deliveries for the Model S and the Model X. In fact, they fell by almost half, in comparison with the fourth quarter. But, despite these different drops in sales, the company remains optimistic. They keep insisting that sales are strong, specifically in the North American region. They expect to have somewhere between 360,000 to 400,000 deliveries in this year.

What do you think about the company’s sales and deliveries? Will they redeem themselves, or will they keep dropping?

Foxconn Is Going On Auto Recon (Will Apple Be Jealous of these EVs?)