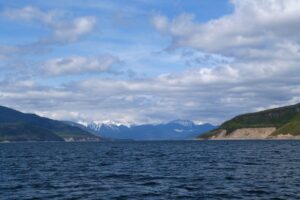 So many people moved to Williston, North Dakota. It’s hard to imagine a boom town after the turn of the century, but that is exactly what Williston is. The oil industry blew up, and between 2010 and 2020, the population grew by 83%. Oil companies offered housing incentives, bonuses, and everything they could think of to bring in new workers. New fracking laws opened up oil preserves, which made North Dakota the nation’s second largest producer of oil. Williston supplied the majority of that oil. Although the boom is not technically over, the influx of new residents has slowed, and many people are now leaving the city. Still, the oil industry continues to flourish in the town, which is the main employer in Williston.

However, oil isn’t the only thing that brings people to town. Williston State College is another reason and employs much of the remaining population of Williston. Part college town, part oil town, there’s one thing that can bring these two people together: beer. Williston Brewing Company and Busted Knuckle Brewery are two of the most popular breweries who open up their doors for locals to taste their latest creations.

If you’re moving to or from Williston, you may need a reputable car shipping company to help. For over 16 years, Global Auto Transportation has been the reputable shipping company Williston residents trust. We have more trailer options available than any other shipping company. That means we can ship your sedan, or even your work truck. If you can drive it, we can ship it. For students coming for school, don’t forget to ask about our great student discounts.

Call us today at (888) 803-0501 to get the shipping process started today. Or go online for a free quote delivered instantly to your inbox.