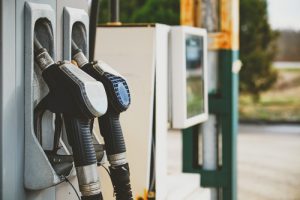 Expected prices for diesel — trucking’s primary fuel — and gasoline have been revised higher, due largely to anticipated higher prices for crude oil, according to a new Energy Department report.

Its latest Short-Term Energy Outlook projects that the national average retail cost of on-highway diesel, including tax, will average $3.13 for the second quarter, up 6.7% from the forecast made a month earlier.

Similar revisions were made by the Energy Department when it comes to the average national retail cost of regular-grade gasoline, including taxes. It’s projected to average $2.90 in the current quarter, $2.91 in the third quarter, and $2.75 in the final quarter of this year.

The department, however, believes the U.S. will increase domestic crude oil production, eventually putting downward pressure on crude prices in late 2018, pushing them down even more in 2019.

Cadillac Lyriq Sells Out in Minutes yet Automakers Underestimate Demand