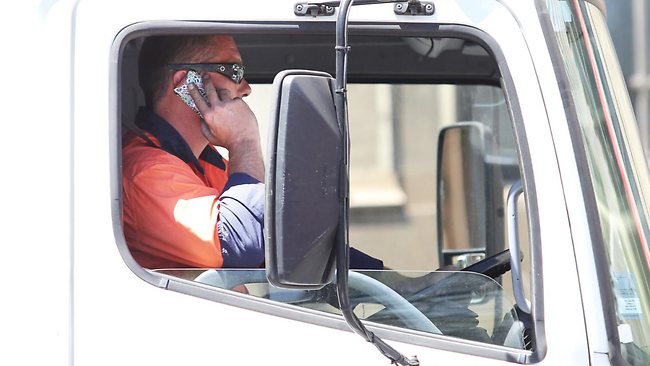 FMSCA study demonstrates that commercial vehicle drivers dialing a cellphone or holding it while speaking have a 6 times bigger risk to get into an accident or another even threatening safety, such as near crash or lane deviation. When a driver dials a number, he takes off his eyes of the road for about 3.8 seconds. If the speed is 55 mph, it is 306 feet of roadway which is a length of a football field.

Using a hand-held mobile device includes using at least one hand to hold a phone, pressing more than one button to dial, reaching for a phone that requires changing a position from a seated driving position, seat belt on.

Penalties for using a mobile device can go up to $2,750 for a driver and up to $11,000 for a company that allows its drivers to use hand-held mobile devices or requires it. If there are multiple violations regarding this rule, it can lead to a disqualification by FMSCA as is it a major traffic violation. It also affects Safety Measurement System results.

Using a hand-held phone while driving is dangerous because dialing and reaching out for a device takes eyes off the road. The rule applies to the drivers operating a commercial vehicle, including temporary stationary during traffic or other delays. A driver can use a mounted phone if it mounted in close proximity.

The rule allows using a speaker phone function or an earpiece, voice activated dialing. A driver can also use the hands-free feature with his mobile phone located closely so he could dial and answer the phone pressing a single button.

Safety Tips for Truck Drivers Working on the Fourth of July