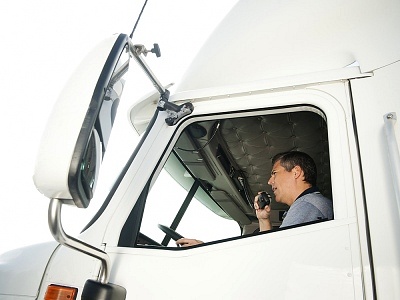 Well, we laid a strip for the Jersey shore
Prepared to cross the line
I could see the bridge was lined with bears
But I didn’t have a dog-goned dime.
I says, “Pig Pen, this here’s the Rubber Duck.
“We just ain’t a-gonna pay no toll.”
So we crashed the gate doing ninety-eight
I says “Let them truckers roll, 10-4.”

There were days when the CB Radio was a big thing. And there were days when truckers were like adventure heroes. Riding all over the country like the pirates of their times. They all used the CB Radio. And it wasn’t just them. The CB radio was almost like a 70s version of social network. Everybody had a base station and a handle. Many housewives did, even the First Lady, Betty Ford, had a handle. She was called First Mama. And there was a channel where people could share any info they wanted, talk to friends and meet strangers. It was even a way to create a new identity, just like many people do nowadays on Facebook or other social network websites. Thanks to the anonymity, the people on the CB radio could be whoever they wanted to and say whatever they thought.

The popularity of the CB radio eventually faded out, of course. But for truckers it’s still one of the tools they continue using. Yes, nowadays we have a lot of electronics, like GPS and electronic logs, smartphones and so on. But nothing does exactly what only the CB radio does. It’s a way for drivers to tell each other about weather conditions, hazards on the road, traffic, etc. The CB radio is important for safety.

More than that, there’re some unique stories involving the CB radio. For example, a man that got off the road and was lost in the woods was saved after using CB to call for help. There was even a story when a group of truckers saved a 2-year boy who was kidnapped by his abusive father. The drivers were communicating using CB when they blocked the vehicle the criminal was driving.

Of course, there’re more stories about the CB radio that’s still a part of a trucker’s life. Do you have your own story? We’ll be happy to read it in the comments.