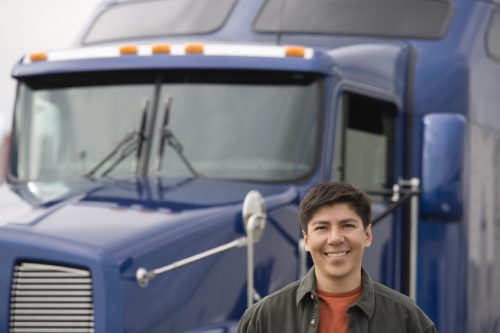 A new bill aimed at allowing the interstate operation of commercial vehicles by 18 to 21-year-olds hits the floor of Congress this week, with support from the International Foodservice Distributors Association (IFDA) and the American Trucking Associations (ATA).

Introduced by Representatives Duncan Hunter (CA) and Trey Hollingsworth (IN), the “Developing Responsible Individuals for a Vibrant Economy” or “DRIVE-Safe” Act, creates a “two-step” program 18 to 21-year-olds who gain their commercial driver’s license (CDL) must complete before being given the green light for solo interstate operation.

The program’s rules outlined in the bill include:

Chris Spear, ATA’s president and CEO, stated, “This is a common-sense proposal that will open enormous opportunities for the 18 to 21-year-old population, giving them access to a high-paying profession free of the debt burden that comes with a four-year degree. Moreover, this bill would strengthen training programs beyond current requirements to ensure safety and that drivers are best prepared.”

Mark Allen, president and CEO of IFDA, said the restriction on interstate deliveries for 18 to 21-year-old truck drivers is “particularly problematic” in regions like the greater D.C. metro area where an emerging driver would be prohibited from making a quick trip between Arlington, VA, and Bethesda, MD, yet could haul a load from Arlington to Norfolk, VA, a more than six-hour drive roundtrip.

“This legislation paves the way for new drivers to sustain a safe and efficient supply chain for the more than one million restaurants and foodservice outlets in the U.S.,” he explained in a statement. “This bill creates opportunity while reinforcing a culture of safety far and above current standards to provide the next generation of drivers with the critical skills they need to operate a truck in the 21st century.”

5 Tips for Truck Drivers to Win with ELDs