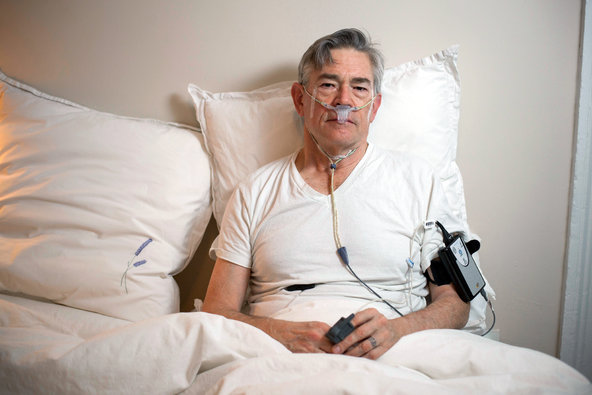 Sleep apnea is a condition when during a sleep a patient’s tongue falls back against his soft palate making it impossible to breathe. People with sleep apnea experience breathing stops many times during the night. The number of times can get up to a hundred and the stops can last a minute or even longer. It doesn’t make patient wake up but during the day he or she can feel sleepy, have problems with concentrating, feel irritated or depressed.

Some truckers also suffer with sleep apnea which can be even more dangerous for them than it is for other people because it is essential for a driver to stay concentrated and awake while they are at the wheel. No wonder the FMSCA pays special attention to diagnosing drivers’ sleep apnea. So earlier this year the bulletin was issued stating that if a medical examiner thinks that the patient’s respiratory condition can in any way interfere with his safe driving, the driver should be referred to a specialist for tests and treatment.

When a driver is diagnosed with as sleep apnea, he is prescribed to use a C-PAP machine during the sleep. For some truckers it is a great solution and they experience amazing changes and feel much better.

The problem is if an examiner sees any of the symptoms of sleep apnea, say snoring or a big neck, it’s up to him to send a driver get a sleep test. That means that the patient can be sent to get a really expensive test (which is often not even covered by insurance) just because he has a big neck. They get sent to clinics where they are diagnosed with sleep apnea and as they get treated, they might often feel that they do not get any better. This happens because sleep apnea can make profits to these clinics.

Of course, this kind of condition must be treated and it is true that drivers should be examined and get tests when they have symptoms. But probably if the criterion for doctors were deeper and clearer, the chances for drivers to be diagnosed and treated better were also higher.