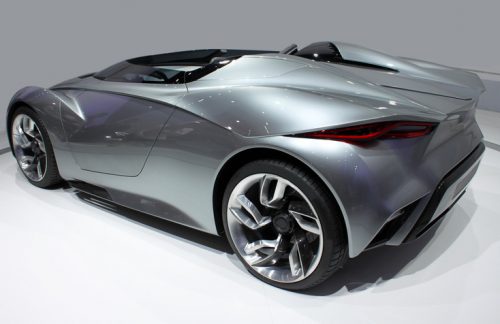 Have you ever heard of concept cars? Here is the main purpose of ‘’concept cars’’.

Concept cars, also known as show vehicle, are made to display new styling and new technology, or both at the same time.

These great looking concept cars have futuristic look. A lot of people wonder why manufacturers spend millions of dollars to develop them. The thing is that concept cars are never going to make it into a production.

This luxury car with the half open top, with its half luxury salon and its eccentric look seems to be taken from the pages of superhero magazine.

It’s not less impressive even inside the car. This luxury car even has holographic personal assistance.

‘’A 2035 dream car’’ is far from what the company currently produces. The styling and other new ideas into future design will be unveiled later this year.

This will serve a road map for technical research. As DS design director Tierry Metroz explains, a concept car is a development accelerator. Concept car plays a huge role in testing the new technologies that we imagine for the future, and accelerate their development.

Three years ago Porsche took the idea of a fast, high-powered, long range electric car from the headlines at the Geneva Motor Show.

The feedback received from the public was very positive. A real world electric sport car, the Taycan will be produced in 2019.

It’s obvious that prototypes like this take ideas previously well developed and show it to public to get feedback.

The 1955 Lincoln –Mercury Futura became a Batmobile in the Batman series in the 1960s.

The car was starred in a Hollywood movie. Current tendency of electrification and the development of self-driving technology threatens the existence of traditional manufacturers.

Lauren van den Acker believes in the future we will have everything autonomous, more connected and shared.

The possibility is that you won’t own a car, but you will manage to access a service.