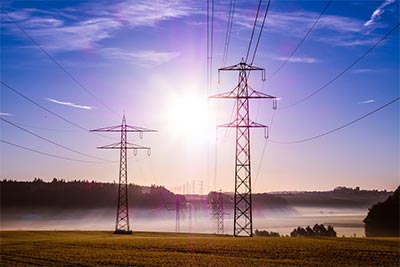 LOS ANGELES, CA – Amid unusually high temperatures and Santa Ana winds, power has been shut off to more than 17,000 people in SoCal this morning.

Southern California Edison, the primary electricity supplier in the area has shut off power Thursday morning to over 17,000 residents. Several other thousands have been notified about the possibility of further power shutoffs.

Another Santa Ana wind hit SoCal this week, increasing the potential fire risk. Since weather in California is unusually high and fires are already consuming several green areas, the state is under alert.

Southern California Edison, concerned about public safety, has decided to start shutoffs to prevent further incidents. As of 10 a.m. this morning, the company has shut off power in the Counties of San Bernardino, Ventura, Kern, and Los Angeles.

The main affected area is San Bernardino County, with more than 7,000 residents without power. Kern County has also been severely affected with over 5,000 customers suffering the shutoff.

Meanwhile, in L.A. County, 1,682 people have been cut off. In Ventura County, the number reaches up to 2,669 residents without electricity.

This means a total of 17,057 SoCal Edison customers without power in the SoCal area.

Some other institutions have remained open but are having a minimum day schedule for their students. In the meantime, other schools have been warned to be prepared for a possible power shut off during the upcoming days.

As of today, SoCal is under a red flag warning that should be in effect until Friday evening, at least. During the weekend the fire risk is expected to go down as winds coming in from the ocean shore are supposed to bring colder temperatures and more humidity.

Right now, the region is under a very low humidity percentage. And the hot Santa Ana winds are worsening the already existing fires and increasing the risk of a new blaze.